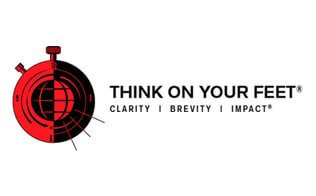 Three is a powerful number in the field of communication! History has shown us how this was used effectively – The US Declaration of Independence mentions three inalienable rights – Life, Liberty and the Pursuit of Happiness and the French adopted the motto of ‘Liberty, Equality and Fraternity’!

Over the years, leaders too have used this very effectively. Julius Caesar said, ‘Vini, Vidi, Vici ‘ ( I came, I saw, I conquered).  Martin Luther King Jr., the civil rights activist and preacher used the power of three in many of his influential speeches. In one of his speeches he talks about “insult, injustice and exploitation,” and “justice, good will and brotherhood.”

Later, he also introduced the iPad2 as ‘thinner, lighter and faster’.

And the rest as they say is history!

And there are innumerable other examples of the ‘Power of Three’ – Three Musketeers, Goldilocks and the 3 bears, The Holy Trinity, The Trimurti in Indian Mythology, Three Wise Men, Three Blind Mice, A, B, C, 1,2,3,  and many more..

Leveraging on this ‘Power of Three’ while Communicating is a very effective way to achieve your results and be remembered.  A three point structure could be 3 perspectives, 3 methods, 3 solutions etc.  This is very impactful since it is:

Effective communicators understand one fundamental rule of creating impact – complex ideas must be communicated simply. And the power of three is one of the simplest ways of achieving this!

Whether it is face to face, telephonic or online communication, the human brain is wired to easily understand and retain 3 things, add the fourth and it is highly likely that the brain will get confused!

So go forth and communicate Clearly, Concisely and Persuasively  using the Power of Three!

“ Every great movie, book or play that has stood the test of time has a solid Three-Act structure. ”

Real Solutions for Real Problems by People who have been there, done that.